In Guillermo del Toro’s 2013 blockbuster, Pacific Rim, the visionary director envisioned the year 2020 as a high-stakes battle between technology and humanity, with soldiers piloting flights mechas in an attempt to defeat robots the size of a skyscraper threatening to destroy humanity. Now that the decade has turned, del Toro’s vision for flying cars and wicked robots has not been fully realized – but we’re closer.

THESE 2020: the 14 best things we saw at Consumer Electronics Show

At the Consumer Electronics Show (CES) in Las Vegas this week, French researchers from Pollen Robotics unveiled a menacing-looking robot torso, while aerospace and technology company Bell unveiled a flying “air taxi” that promised to carry everything from passengers to organs. Closer to the ground, even Lyft got into the action, with self-driving BMWs taking attendees to and from the Strip.

Despite all the talk of “industry disruption” however, this year’s crop of product at the Consumers Electronics Show has been relatively low-key, at least in terms of new offerings. The highly publicized debut of “sex tech ”elicited more moans than moans, with the dozen participating companies tucked away in a quiet corner of the Sands Expo, away from the main action of the Las Vegas Convention Center.

As CES opened the conference to sexual health and wellness brands for the first time this year, exhibitors were politely urged to keep their PG-13 booths, with strict rules prohibit the display of “anatomically correct” devices and prevent the use of “humans, robots, mannequins [or] dolls ”to demonstrate one of the products. This led to creative – if cliché – marketing (“Come as you are” was a popular pun) and also limited the types of “sex tech” actually on display (essentially an assortment of plugs and vibrators).

And while cannabis continues to be one of the fastest growing industries in the world, smoking devices and tobacco technology are still banned from the show. That didn’t stop attendees from stopping by MedMen in a weed-friendly Vegas and lighting or smoking outside the doors of the convention center. It remains to be seen whether CES organizers will open the talk to cannabis companies next year, but interest is certainly high… no pun intended.

As for what was actually on display at CES, companies from Samsung to Toyota have all pitched their vision for “connectivity,” with new products that promise to bring people – and entire cities – closer together. 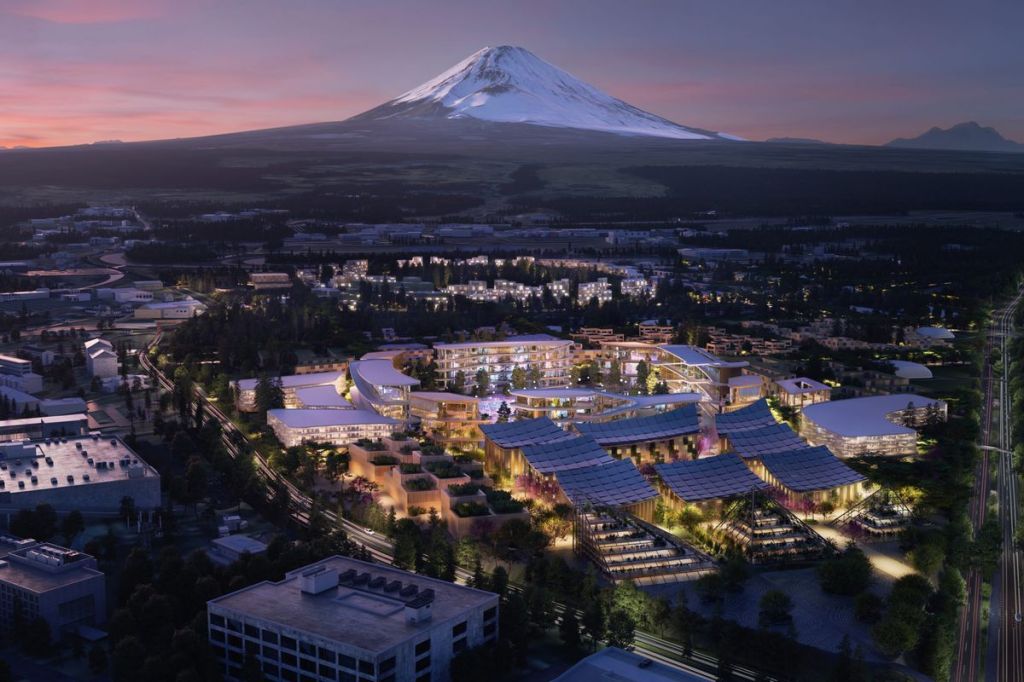 Toyota, which will deploy a fleet of autonomous buses to transport visitors to the Olympic Games in Tokyo this summer, has launched an ambitious new plan to create a “woven city” at the foot of Mount Fuji. The prototype city will be made up of research labs, housing, and community centers run on a connected network focused on accessibility and efficiency (think: hydrogen fuel cells, self-driving cars, and robots). The objective: to test new technologies in an inspired setting and ultimately to reproduce the “Woven City” model around the world. 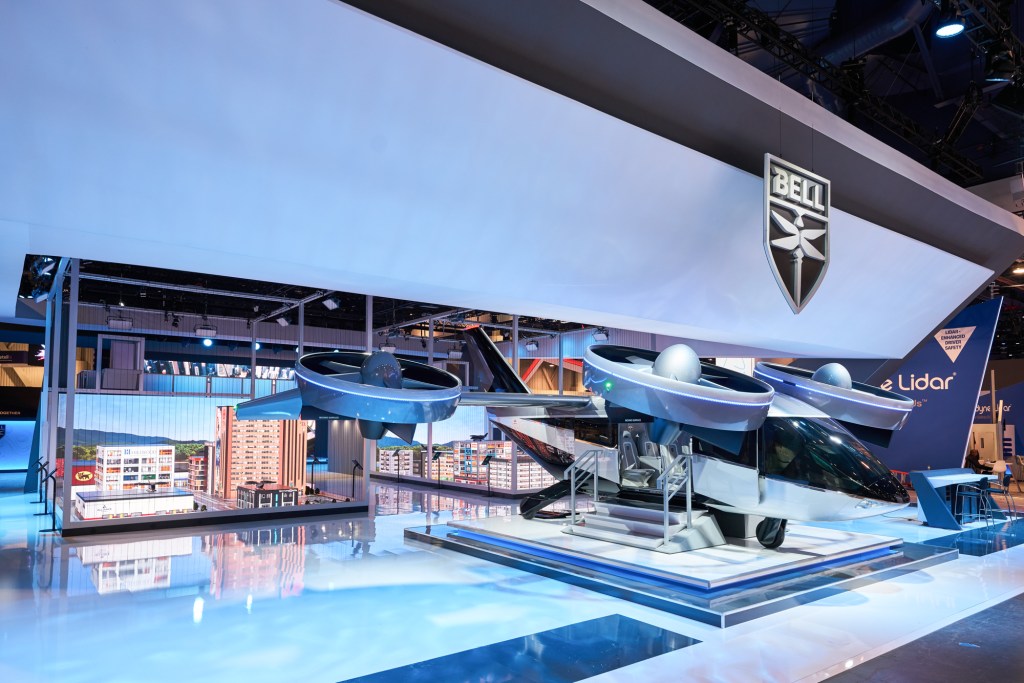 Bell, the Texas-based company known for its aviation developments, presented its Nexus 4EX “air taxi”, a kind of private helicopter-jet craft that can carry up to five passengers and take off and land. of virtually any space, thanks to Bell’s “vertical lift” technology. The all-electric aircraft flies up to 60 miles per charge (a hybrid version is also on hold), and Bell’s vice president of innovation says the ultimate goal isn’t just transportation, but both digital and physical connections.

“Most importantly,” he adds, “I want us to create visible connectivity with people. Now we can bring people together better physically – grandparents can see their grandchildren, friends who live across town can meet – there are a million other things than us. could do apart from sitting in traffic.

CES 2020: the 14 best things we saw at the Consumer Electronics Show

For some companies, the idea of ​​“connectivity” in 2020 remains unclear. How should we communicate more with each other as technology makes it increasingly easy for us to be independent? Samsung Electronics CEO Hyun-Suk Kim gave the CES opening address and spoke about the need for more “human-centered” interactions. Moments later, however, he unveiled the “Ballie” – literally a spinning ball that rolls around to “talk” to you, BB-8-style.

If we want to build a community, are companion robots really the best way to do it? (And if we really go, I much preferred that of Tombot emotional support robotic puppy which was introduced to audible “oohs” and “ahhs”). 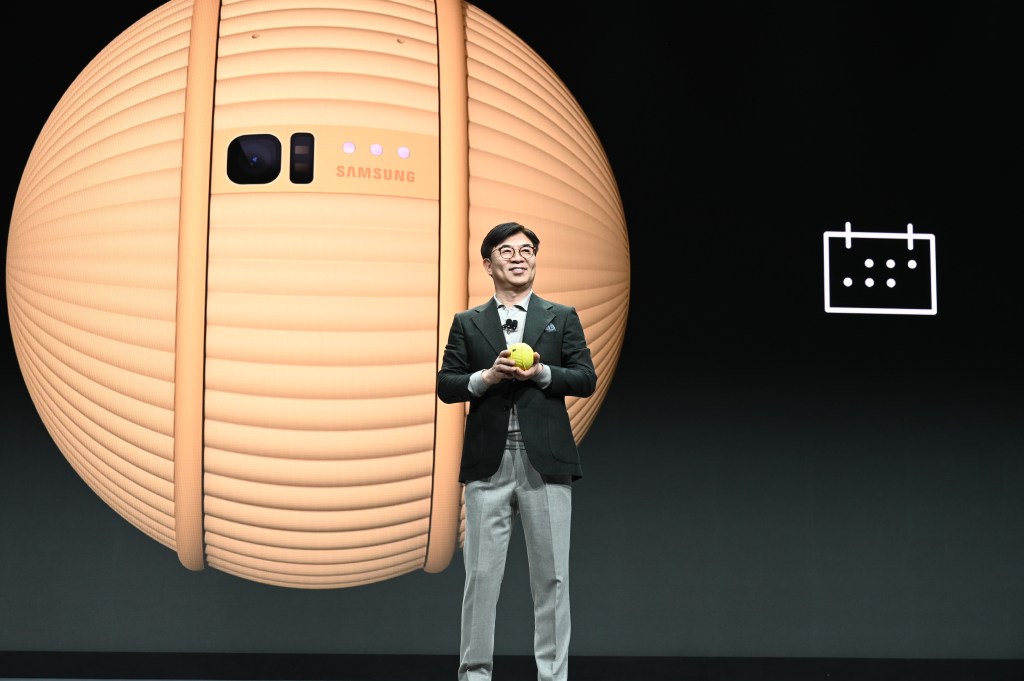 The rise of more “connected” products has also sparked new discussions this week on privacy, with companies deploying everything from blockchain phones to an “anti-piracy” smart home security camera, it seems like just daring people trying to break in with a description like that. Further proof of the (profitable) privacy problem: While Apple did not have a booth at CES, it sent Jane Horvath, the company’s global privacy director, to participate in a privacy roundtable. .

The consensus at the conference was clear: the potential exposure of our sensitive information is no longer an unfounded fear, but rather a very real concern. Online security company NortonLifeLock reported more than 3,800 data breaches in 2019 – and those are just the ones that have been publicly disclosed. In total, the company claims that these violations have left more than 4.1 billion records exposed.

So where does this take us, in this increasingly connected world? And what are the real convenience costs? Having a camera to monitor your whereabouts can give you peace of mind when it comes to protecting your home (and loved ones), but who else could see these footage? And what about the paradox of buying anti-piracy software, only to then give those same companies your personal information in the process?

From this point of view, the convenience and connectivity can be great, but it can also be just plain boring. A number of companies unveiled their latest models of “smart refrigerators” at CES this week, with the refrigerators able to suggest grocery lists and healthy recipes based on what you’ve stored inside. But when will our fridges physically begin to lock us out of our freezers, to keep us from reaching that last pint of ice cream?

The answer, it seems, is a lot like your diet. When it comes to choosing from the latest equipment and gadgets, it’s all about balance. Some things will benefit your life exponentially, while others might just become a nuisance. The key is knowing when to unplug – literally – the technology. And maybe skip the Bot leader and gather your friends to cook your own dinner tonight.

CES 2020: the 14 best things we saw at the Consumer Electronics Show