ATLANTE, June 14, 2022 /PRNewswire/ — Finance Veterans Colin Meadows, Kenneth Saffoldand Brian Morristoday announced the official launch of o15 Capital Partners (“o15”), a mission-driven alternative investment firm that will provide capital to businesses led by and serving undercapitalized entrepreneurs and communities. o15 seeks to provide institutions with the opportunity to invest in a more diversified economy through credit and equity investments in lower middle market companies United States, with a particular focus on businesses run by women or minorities. Invesco Ltd. (NYSE: IVZ), a global investment management company with $1.6 trillion of assets under management (at March 31, 2022), is a strategic partner and will serve as an investor in the company’s o15 Emerging America Credit Opportunities Fund LP (the “Fund”).

The founders draw on more than 80 years of combined experience at financial companies such as Invesco, BlackRock and CapitalOne, and bring to o15 a deep and complementary experience in investment management. Kenneth and Brian have worked together in predecessor firms since 2015 with a shared passion for social and economic justice. Since 2011, the firm’s founders have been committed $1.9 billion in over 50 transactions directly related to o15’s investment strategy. The team collectively leverages a strong set of relationships to generate an exclusive deal flow, including established networks at their former employers, strong connectivity with diverse communities, financial sponsors, intermediaries and management teams.

“The existing structure of capital markets continues to challenge historically disadvantaged communities, with more than a third of minority entrepreneurs citing lack of access to capital as their top business concern.1,” said Colin Meadowsco-founder and managing partner of o15. “We founded o15 to meet this challenge. The name o15 is derived from Special Field Order 15, which promised ’40 acres and a mule’ to former slaves during the Civil War. For us, it represents this idea of ​​fully participating in capitalism, you need capital, which was understood over 150 years ago and remains true today.”

“Businesses owned by women and minorities control only 1.4% of the most $82 trillion managed by the American asset management industry2combined with historic underinvestment in diversity-led businesses and communities, have created an imbalance between supply and demand,” said Kenneth Saffoldco-founder and managing partner of o15. “o15 will invest exclusively in opportunities United Stateswith a particular focus on the Southeast given that this region has the highest share of Black and Hispanic-owned businesses, and creates a distinct advantage to working with businesses in this region3.”

“We are thrilled to be an anchor investor in o15’s first fund, which will help meet the growing needs of entrepreneurs of color and women entrepreneurs,” said Marty FlanaganPresident and CEO of Invesco. “This week is June 16, which highlights the importance of our commitment to diversity and inclusion at all levels of our global organization and within the communities in which we operate. Our support for o15 is part of our large-scale efforts to continually reinforce this commitment.”

o15 will empower entrepreneurs and communities of color through financial support and networking. The Fund will have the ability to invest across the capital structure and prioritize investments that have a disproportionate impact on minority communities, in the health, education, business and services sectors. consumers where the team has previous investment experience. These businesses will be run, owned, operated or managed by women and/or members of historically undercapitalized minority ethnic groups, and/or will provide a product or service that benefits these particular communities.

“The diversity of the management team allows the company to identify strong investment opportunities in undercapitalized markets that others might overlook,” added Brian Morris, Co-founder and managing partner of o15. “o15 is well positioned to leverage its sourcing, underwriting, diversity and geography, and will focus on delivering strong and consistent returns adjusted for risk and societal impact.”

Based at Atlanta, Georgia, o15 is an alternative investment firm whose mission is to provide growth capital to businesses led by and serving undercapitalized entrepreneurs and communities. Created in 2021 by Colin Meadows, Kenneth Saffoldand Brian Morrisfounders bring extensive executive management and investment experience, networks and resources to build a more diversified economy through credit and equity investments in lower middle market companies in United States. For more information, visit https://www.o15.com/

Prior to co-founding o15, Colin was Senior Managing Director at Invesco where he worked for 15 years. At Invesco, Colin held a variety of business and functional leadership positions including Head of Invesco Private Markets, Head of Invesco Global Institutional, Head of Invesco Digital Ventures and Chief Administrative Officer. Colin has also served on the board of directors of Invesco Mortgage Capital (NYSE: IVR), the publicly traded agency of Invesco REIT and the closed-end funds of Invesco Van Kampen.

Prior to joining Invesco, Colin worked at GE Capital, Wells Fargo and McKinsey & Company. Colin earned his BA in Economics and English Literature from Andrews University and a JD of Harvard Law School.

Before co-founding o15, Kenneth Saffold was Managing Director and Fellow of BlackRock’s Global Credit Platform, where he was responsible for originating and executing private credit investment opportunities across United States out of the group $30 billion in AUM. Kenneth was also a member of the investment committee of the BlackRock Impact Opportunities Fund, a $1 billion multi-private asset class fund focused on investing in businesses and communities of underserved ethnic groups. He was also part of the management team of BlackRock’s Atlanta office.

Prior to joining BlackRock, Kenneth held positions at GE Capital and Goldman Sachs. Kenneth earned his BA from Morehouse College and an MBA from the Wharton School.

Prior to co-founding o15, Brian was Head of Health Care Banking for BankUnited, where he led the origination and execution of health care financings as well as overseeing the business of the company’s health care portfolio. bank. Prior to BankUnited, Brian was a Senior Managing Director at CapitalOne, where he held a variety of positions including Head of Sponsor Finance Team, Head of Healthcare Originations, Head of Senior Bank Loan Originations, and was responsible for all cash flow underwriting and healthcare portfolio management.

Brian has also held similar positions at Capital Source, GE Capital and Bank of America. Brian earned his BBA from The george washington university and his MBA from Emory University. 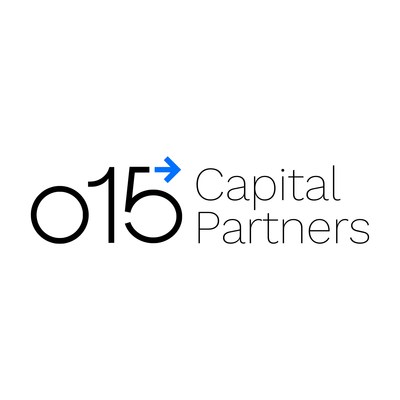